A & E Air Conditioning and Heating LLC / Blog / Maintenance / With The Banning Of Fluorine, Or R-22, Is It Possible To Mix Refrigerants?

With The Banning Of Fluorine, Or R-22, Is It Possible To Mix Refrigerants?

Now that Freon, or R-22 will no longer be imported into the U.S or be manufactured within the country, there is going to be a misguided misconception that refrigerants are basically all the same and that if an older refrigeration unit contains R-22, then it can be topped up with an HCFC replacement refrigerant. After all, R-22 is a CFC, one of those chemicals which were identified, several years ago, to be harmful to the planet’s ozone layer, and the latest, safer refrigerants, HCFCs are also made up of the same constituents, carbon, fluorine and chlorine. The difference is that modern refrigerants also include a hydrogen atom in their molecular structure. 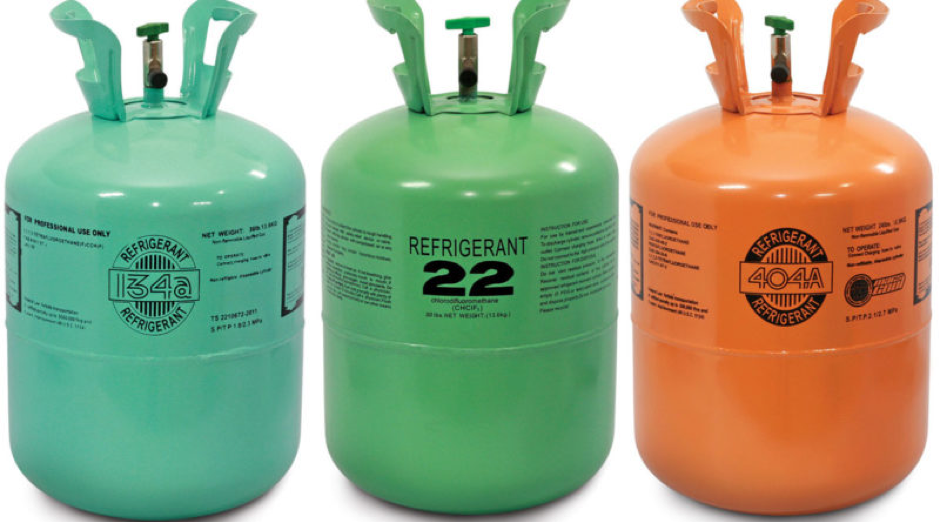 A critical aspect of the creation of a new, safer refrigerant is that it mimics the same operating pressures of the older CFCs, such as R-22, so that old refrigeration and cooling units can operate with the new coolant in their system. The trick is that both old and new refrigerants are stable when in their pure form, but their properties alter when combined.

No, there is no massive chemical explosion, but the instability means that the pressure within, say, the cooling unit in an HVAC fluctuates. It becomes impossible to calibrate the optimum pressure for the cooling system and, as a consequence, not only does it not function efficiently, but it can cause untold damage to the point where the system becomes inoperable.

The other results of mixing refrigerants include reduced cooling capability, ineffective compressor cooling, malfunction of any metering device, potential compressor damage, and an inadequate return of oil to the compressor.

If you have an older HVAC system or other refrigeration units that require regular maintenance, or have become faulty due to a problem with refrigerant levels, please don’t do a DIY “fix” but give us a call at A&E Air Conditioning and Heating and invite us out to drain down the old coolant and replace it all with a new, compliant coolant.

In addition, you can rest assured that the old Freon taken out of your existing refrigeration unit will be disposed of in an environmentally responsible manner.